Back
Plan a route here 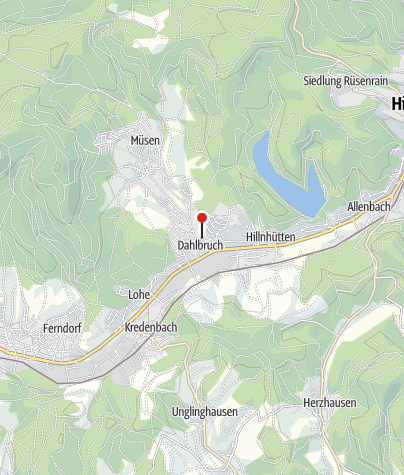 For some people, it’s a cult - for others, culture.

The Viktoria Filmtheater - more than just a cinema!

The Viktoria Filmtheater, which opened on 1 May 1952, has a long tradition. In the special atmosphere of the Gebrüder-Busch theatre, it has been an important location for many film fans over the years, some of whom have been coming here since their childhood. Since 2010, the Viktoria cinema offers even more exclusivity on the already popular balcony, thanks to a refurbishment project, with an undisturbed and unusual cinema experience for the members of the audience who book seats there.

As well as the atmosphere, it’s the unusual films shown in the Viktoria cinema that make it popular among visitors, and which make it stand out. The cinema’s unusual, high-calibre annual film programme and the children’s and young adults’ film programme, have won it awards at the German federal and regional North Rhine-Westphalian level for many years. A special children's cinema, school & cinema, the “KinoKino” film series with women in strong roles, as well as other special offers, continue to attract audiences to “our Viktoria”. Since 2009, a special programme “without age limit” has been offered for the older generation. The Viktoria cinema will even organise an exclusive film showing for you and your guests, as a birthday celebration, for example. As you can see (or as you should see some time): in the Viktoria, the art of film is still taken literally. However, Hollywood blockbusters and other film styles are also shown. The cinema manager, Jochen Manderbach, also likes to organise special extra events related to a film, such as the visit in October 2008 by AMOR, a distant relative of WALL-E.

The Viktoria Filmtheater shows around 250 films a year in all. It attracts around 40,000 visitors every year with its overall cultural entertainment package.

See for yourself what the cinema currently has to offer for your senses...

The Kindelsberg path cleverly links great hiking trails with a wide range of flora and fauna, passes numerous relics of the mining era and tops all ...

The Kalorienpfad (Calories Trail) goes around the Breitenbach reservoir without having to follow the asphalt path along the banks for longer than ...

7
from Susanne Träger,   Touristikverband Siegerland-Wittgenstein e.V.
Show all on map

Nearby Points of Interest

These suggestions were created automatically.

Would you like to the ask the author a question?

Help others by being the first to add a review.

The Kindelsberg path cleverly links great hiking trails with a wide range of flora and fauna, passes numerous relics of the mining era and tops all ...

The Kalorienpfad (Calories Trail) goes around the Breitenbach reservoir without having to follow the asphalt path along the banks for longer than ...