Back
Plan a route here

Responsible for this content
Outdooractive Editors Verified partner
A mist hangs over the valleys, rising hazily over the meadows and rivers. Silently snaking its way along the narrow streets of the old town, conquering the entire place and silently passing by the windows. Then, a light drizzle sets in, falling gently from the grey clouds. A look at the calendar will give you the shivers: Halloween is almost upon us.

Halloween originally came from Ireland, not the USA. The festival was called “Samhain” by the Celts and marked the end of the fruitful time of year and proximity to the realm of the dead. This then became what is now the heavily commercialised holiday of Halloween. The festival has since become very popular with children and teenagers in Germany, whereas some adults just shake their heads, keeping an eye out for costumes, and would prefer to disconnect their doorbells so as not to be disturbed by calls of “trick or treat”. And even if the ghosts depart at Halloween, a certain element of horror remains, arising from the spooky costumes, chilly weather and ever darker evenings. 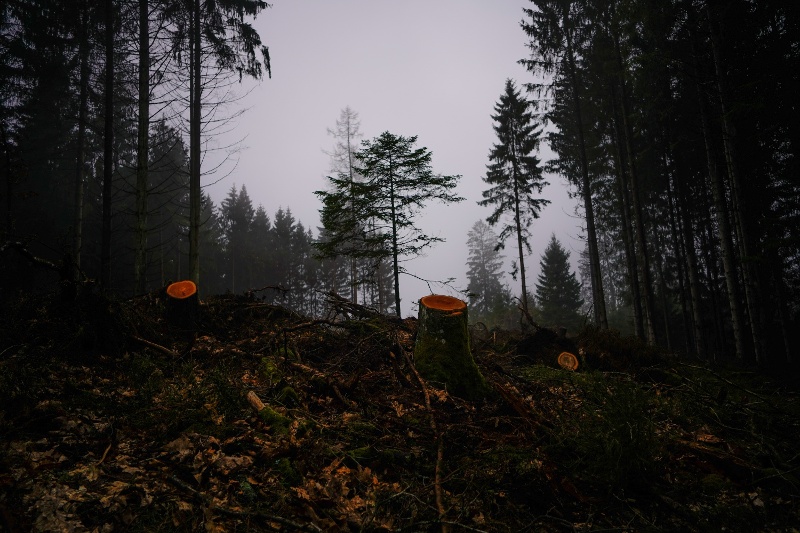 Back to the spooky Middle Ages with a night watchman

Anyone who wants to experience a little horror during the darker months of the year is in the right place in Siegen-Wittgenstein. Spooky tales, horror locations and guided tours of the night landscape are sure to give you goose bumps.

A guided tour with a night watchman is a good start to a horror stay in the region. A night watchman draped in a cloak, equipped with a halberd, horn and lantern, accompanies you along the winding streets of the old town. In the Middle Ages, the watchmen were responsible for law and order and warned sleeping citizens of fire or thieves. This old tradition has been revived in Freudenberg, Hilchenbach and Siegen, guiding visitors back into the past, to an unsafe, rougher world full of myths and legends.

Anyone who is brave enough to leave the towns and cities and go out into the countryside will be surrounded by horror locations that have their own stories to tell and will give wanderers the shivers. 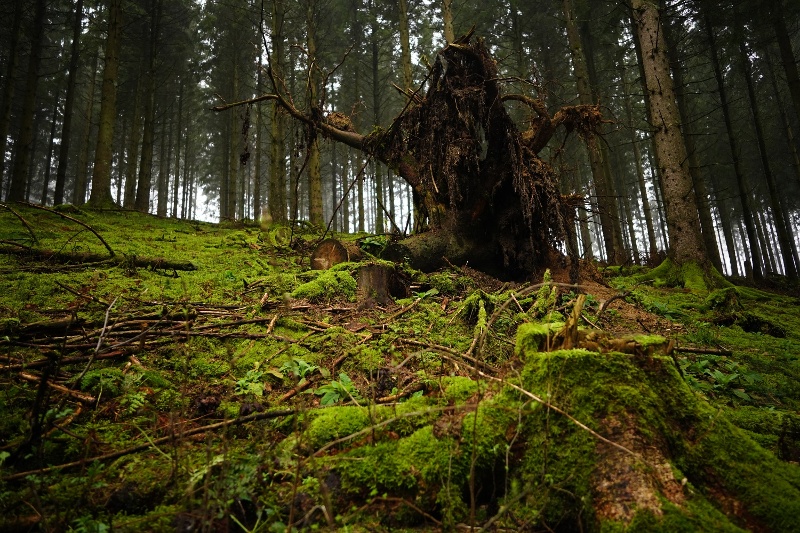 - Thieves and the Grim Reaper -

Not far from Bad Laasphe in the heart of the forest, you will find the Teufelskanzel (Devil’s Pulpit). This impressive rock face is a spooky monument to mystical stories. According to legend, this was the site of a cult before the time of Christianity. Things turn really gruesome here at twilight when you gather around the rock face and a member of the group tells the story of the Grim Reaper. Because this is where a notorious band of thieves were put to death. The Teufelskanzel is reached via the Myths and Legends Trail, where you can also enjoy listening to the story of the Wild Huntsman in the Botzebachtal valley and unfortunate Countess Charlotte along the way.
Natural Monument · Bad Laasphe
Felsformation Teufelskanzel
Bad Laasphe

Take a walk through the secretive forests around the mystical “Teufelskanzel” (“devil’s pulpit”) with fantastical tales from the Wittgensteiner ...

There is another natural monument at the south tip of the Siegen-Wittgenstein region. Jagged, high rock formations and cave-like erosion define the rock face, where according to legend the wild women lived.
Natural Monument · Burbach
Wildweiberhäuschen
Burbach

from Cornelia Oerter,   Südliches Siegerland
The small brown figures with unkempt black hair made life difficult for those living in the surrounding area. They stole eggs and ham, bread and milk and had the people bring them everything they needed. When the poor villagers were unable to serve them as desired, their revenge was terrible. They have never been seen in the village, but “when a storm blew, when a thunderstorm cast its blinding lightening into the valley and the thunder rumbled eerily, then you knew: They were there.”

Nobody knows where they came from or where they went, but it is said that their shuffling footsteps can still be heard in the streets on stormy nights. And if you stay overnight at the wild women’s hut, you should have nerves of steel and not mind goose bumps – because who knows whether this might be the night when the wild women return.

- On the trail of Frankenstein -

When it comes to horror, Frankenstein and his monster also have to be mentioned. So many Halloween costumes are based on Mary Shelley’s story. But what do Mary Shelley and Frankenstein have to do with Siegen-Wittgenstein?

Quite a lot, because Johann Konrad Dippel was the inspiration for the novel. And this man, born at Frankenstein Castle in Odenwald, died at Wittgenstein Castle and was buried at the Protestant town church in Laasphe. Dippel studied theology, medicine, alchemy and mysticism, and was interested in the human soul. When Mary Shelley travelled the Rhine in 1814, she is said to have made a detour to Frankenstein Castle. There, she was inspired by Dippel’s story and wrote the now famous novel a year later. In Bad Laasphe, it is said that Dippel still walks around the old town when there is a full moon, trying to create his next monster.

These suggestions were created automatically.

Would you like to the ask the author a question?

Help others by being the first to add a review.

Take a walk through the secretive forests around the mystical “Teufelskanzel” (“devil’s pulpit”) with fantastical tales from the Wittgensteiner ...